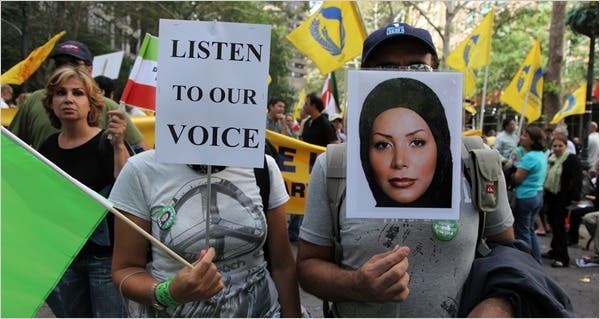 In what has become an iconic symbol of the struggle for freedom in iran, the LA Times ran an amazine story by Borzou Daragahi on the death of Neda Agha-Soltan. Her death, recorded on a cellphone camera as she bled to death close to the scene of the protests spread online and across the world in minutes. This is what the article had to say:

The first word came from abroad. An aunt in the United States called her Saturday in a panic. “Don’t go out into the streets, Golshad,” she told her. “They’re killing people.”

The relative proceeded to describe a video, airing on exile television channels that are jammed in Iran, in which a young woman is shown bleeding to death as her companion calls out, “Neda! Neda!”

A dark premonition swept over Golshad, who asked that her real name not be published. She began calling the cellphone and home number of her friend Neda Agha-Soltan who had gone to the chaotic demonstration with a group of friends, but Neda didn’t answer.

At midnight, as the city continued to smolder, Golshad drove to the Agha-Soltan residence in the eastern Tehran Pars section of the capital. As she heard the cries and wails and praising of God reverberating from the house, she crumpled, knowing that her worst fears were true. “Neda! Neda!” the 25-year-old cried out. “What will I do?”

Neda Agha-Soltan, 26, was shot dead Saturday evening near the scene of clashes between pro-government militias and demonstrators who allege rampant vote-count fraud in the reelection of President Mahmoud Ahmadinejad. The jittery cellphone video footage of her bleeding on the street has turned “Neda” into an international symbol of the protest movement that ignited in the aftermath of the June 12 voting. To those who knew and loved Neda, she was far more than an icon. She was a daughter, sister and friend, a music and travel lover, a beautiful young woman in the prime of her life.

It is a crying shame that so many young people have to lose their lives in the quest for freedom. They deserve our support, and our prayers. 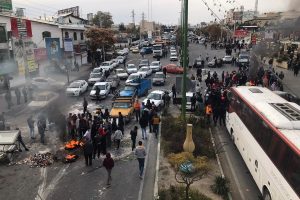 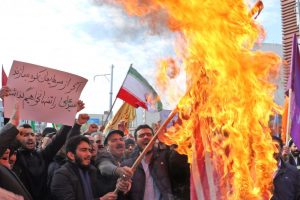