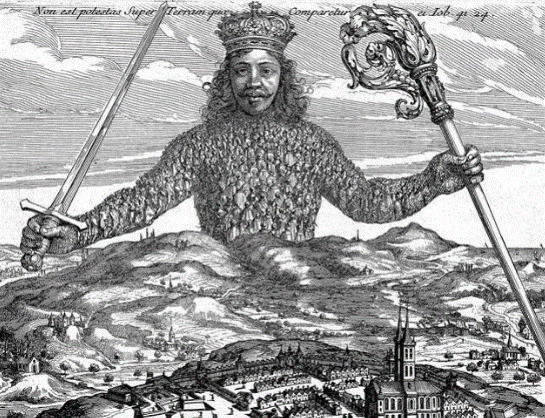 Patrick Hunout is an innovative Franco-Belgian researcher and social reformer whose work explores the formation of what he calls a New Leviathan, which is the hypothesis that the upper class of society seeks to build a new order based on less equality and less democracy.

From the middle of the nineties, Patrick Hunout began analyzing the contemporary economic and societal crisis as an effect of a refusal of change on the part of the ruling class. His research work involved the destructive effects of immigration and multi-ethnicity on the social bond (1996), the formation of a new EU state machinery opposed to civil freedom (1995), and the problematic transformations of the interpersonal relationships – including anomie, social isolation, suicide, the escalation of incivility, and the crisis of marriage and the family (2003-2004).

He elaborated the “Tripartite Model of Societal Change” that describes the interactions between three fields generally considered separate: economic relationships, interethnic relationships, and interpersonal relationships. His model suggests that, contrary to the common view, the strategies carried forward by the New Leviathan intimately link the economic, ethnic, and interpersonal fields. These strategies consist of developing a globalized, flexible economy, widening revenue inequalities, promoting mass migrations and a multi-ethnic society, and pushing forward individualist, hedonist, and consumerist values. As a last resort, they design a weak society, enslaved to market values and governmental controls rendered necessary by the increasing incapacity of an atomized social body to manage itself.

The strategies carried forward by the ruling class explain most contemporary difficulties; if they were reversed, a massive improvement would follow.

Hunout objected to the formation of a new proletariat, due in particular to the recourse to mass immigration from third-world countries. Mass immigration is often used as a way to refuse to enter modernity and a reason to go back into old systems of governance within a highly stratified society. Instead, he advocated the modernization of Western societies through the establishment of a large, educated, and skilled middle-class of European origin – enjoying high revenues thanks to an equitable allocation of wealth, sharing common values based on European heritage, and participating in all decisions of common interest.

Since his model has been introduced (1995-1996), the concepts of “deep state,” “oligarchy,” “mainstream media,” “government by the few,” and putting the power in the hands of the people (vs. the elite) have gained considerable traction. It has been increasingly admitted that the Power’s policies are not confined to the economic and business sphere; de-structuring personalities and eroding the social bond by pushing a woke agenda and promoting immigration are also part of the picture. People also realized that the left and the right carry out similar policies and differ only by the preferred means but not by their final goals.

The SARS-COV-2 sanitary crisis that unfolded from early 2020 also brings considerable support for the validity of Hunout’s model. The data suggests that the concept of the pandemic and the way it is managed have been inspired by the oligarchy gathered and advised by the Davos World Economic Forum and other globalist organizations.

The SARS-COV-2 appears to have been developed in a high-security lab in the city of Wuhan, China, using strains from malaria and HIV and relying on Chinese military research. The COVID-19 breakout occurred in all developed countries about the same time, suggesting some form of coordination between authorities of the different countries. And indeed, there were similar pandemics in the decades before, although at a smaller scale. There were preparatory scenarios, and there were pandemic management rehearsals shortly before the COVID-19 pandemic.

The data shows that the lethality of this disease is not significantly higher than the flu and is much inferior to major diseases like cancer. The new variants are no more harmful than a cold. Figures have been inflated by health authorities all over the world. Based on the inaccurate PCR test, which appears to have been developed PRIOR to the outbreak, these figures are directly influenced by the number of amplification cycles set for the test. The unusually high number of amplification cycles determined a large number of “cases,” which are not sick people but only positive reactions to the test, which may suggest the presence of dead viruses or similar viruses like the flu. We happen to have an epidemic of cases, rather than an epidemic of sick people. The rate of deaths was artificially hiked, ignoring the crucial role of comorbidities; doctors were urged to declare COVID-19 as the cause of deaths through financial incentives.

Despite the relatively low level of danger from COVID-19, the mass media controlled by a small number of oligarchs spread panic in the population while social media platforms applied aggressive censorship to COVID-19 sceptics. Governments seized the opportunity offered by the pandemic to restrict the freedoms of speech and movement to an unparalleled degree, as well as the religious and economic freedoms that citizens were enjoying in democratic countries. Governments controlled the practice of medicine, forbade the early treatments available, and promoted the injection of experimental genetic therapies. The introduction of a digital pass potentially allows further control of citizens’ lives.

Governments and international state governmental organizations like the WHO attack the social bond by recommending “social distancing” (instead of “physical distancing”, due to a very telling Freudian slip), isolating older people, dividing vaccinated/unvaccinated people, and suspending religious celebrations and other gatherings. In August 2021, the Prime Minister of New Zealand urged citizens “not to speak to their neighbors” while the country went into lockdown for only one case of COVID-19. Meanwhile, refugees and migrants continue to be vaccine-exempt.

The sanitary situation allows big business to restructure according to the Davos “Great Reset” agenda. It essentially favors big pharma, big tech, and the digital economy and sacrifices local businesses and SMEs. Lockdowns, face masks, and other such measures can also be viewed as a preparatory step for further “climate change” emergency plans.

This sanitary crisis suggests that the New Leviathan has accomplished further international integration around a common agenda, including but not limited to:

In 2002, Patrick Hunout founded The Social Capital Foundation. This organization’s purpose is to help restore and revitalize the social link. The Social Capital Foundation proposes to counter the policies of the New Leviathan by consolidating the community spirit, developing a democratic middle-class centered society, promoting an equitable share of wealth, protecting cultural identity against mass migrations, and strengthening shared values within the social body.

2- FROM CITIZENDIUM THE CITIZENS’ COMPENDIUM, The Social Capital Foundation

3- THE TRIPARTITE MODEL OF SOCIETAL CHANGE , The Social Capital Foundation 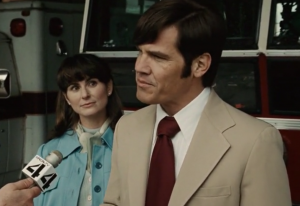